Best Story out Of Trinidad.....Run Wid It" Dance Move Taking Over Trinidad By Storm

Best Story out Of Trinidad.....Run Wid It" Dance Move Taking Over Trinidad By Storm

Best Story out Of Trinidad.....Run Wid It" Dance Move Taking Over Trinidad By Storm! 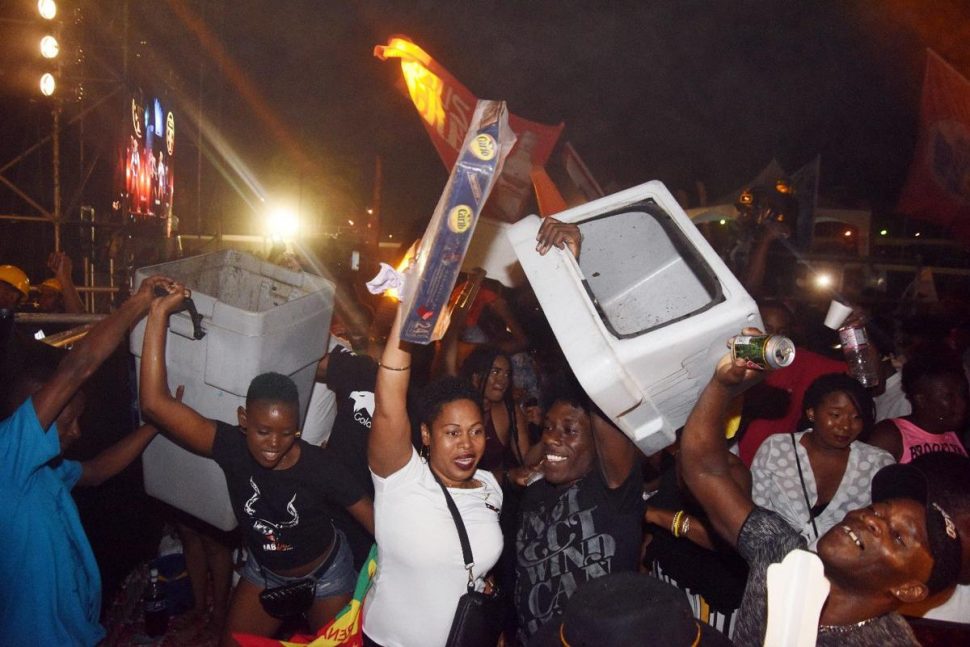 Trinidad cops warn soca lovers not to “Run with it”

Hollis Mapp also known as "Mr Killa" is happy to be in the finals of the International Soca Monarch, however, he said, it's about time a Grenadian gets the title, especially as they have been presenting Power Soca tunes consistently for some years.

Meanwhile, Acting Superintendent Wayne Mystar is advising partygoers to be cautious and not "pick up" anything, especially people, whenever Mr. Killa's song is being played.

He said persons have been reporting that their rights have been violated while the song is being played.

Apart from objects, he said people are also being "picked up". :scratch
S

Hands down, this is one of the best story line for soca and jumping in unity....one thing I know, Killa gonna mash that up, this here is a Powersoca tune and madness for the young ppl....in NYC man try to take the next DJ up Mac..and run out the door with it...pure madness all over.
T

Yo , we i Dat, we can't wait to reach Sweet Trinidad next week, this ting going wild.

Is it safe to say Grenada pay the electric bill and turn power back on in TNT.

Not my cup of tea but i'm happy for Killa. I didn't see the performance but if Iwer really talk chit about a grenadian shouldn't win in Trinidad I would have put his arse for last just for that. Iwer from point like me...his grandparents probably grenadian. Anyway Congrats to Killa and the Youth who came in Third in the groovy...also from grenada...and that youth has a great song and could sing.

Congrats to meh boy swappi as well....massive party tune this year....ah had a birthday party up here in New York a couple of weeks ago and the party couldn't get enough of swappi and farmer.
S