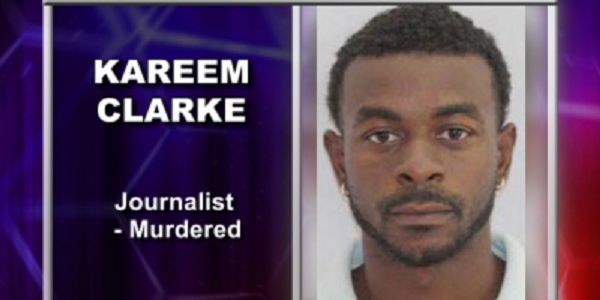 Two months after the 27-year-old journalist named Kareem Clarke was murdered, authorities have came to a conclusion for the case with the charging of a 17-year-old. It is said that the teen is associated with a gang. A motive also still remains unknown.

“From what we have been made to understand, it was just done randomly. There was no basic motive for it and the person whom we have arrested and charged is an associate of the PIV gang which is one of the gangs that is based in the St. Martins area,” Senior Superintendent of Police Chester Williams said. “It would appear as if these persons were there, they were drinking, they were high and they basically just shot anybody who was passing by.”

An eyewitness to the incident was able to help the police to give them the break they needed to charge the suspect by disclosing valuable information regarding the case. Williams said while lawmen had been working with the witness from the outset, the individual had only recently given a sworn statement.

On the morning of July 6, around 1 o’clock, Clarke was shot in the left side of the forehead, back of the head, abdomen, right upper back and middle of the back, as he was riding his bicycle. He was ambushed by a lone gunman who fired several shots as he reportedly left the residence of a friend. He was killed on the spot. Eight 9-mm shells were taken from the scene by police. The teenager appeared in court on Tuesday and was remanded to prison.