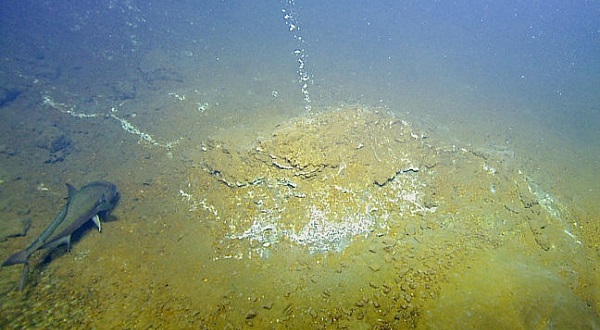 It appears the latest episode of unrest at underwater volcano Kick ‘Em Jenny is over. Today, in its final advisory on the activity at the volcano which began erupting last weekend, Grenada’s National Disaster Management Agency (NaDMA) said there had been no more earthquakes since just after midnight on Tuesday, and “this episode appears to be over”.

“However, as noted in previous updates, the pattern of behaviour at the…volcano has been changing and another episode of activity in the short-term should not be ruled out,” it added, noting that it continues to collaborate with the Seismic Research Centre (SRC) at the University of the West Indies’ St. Augustine Campus to monitor activities.

As a precautionary measure NaDMA has maintained the alert level at yellow, which means that vessels should observe a 1.5 km/0.93 mile exclusion zone.

“The marine community is advised to continue observing the secondary exclusion zone of 5 km/3.1 miles. The SRC has advised that heightened alert is necessary for the exclusion zone,” NaDMA stated.

The first eruption at the region’s only submarine volcano – which is located about five miles north of Grenada – occurred last Saturday evening, with reports of it being felt in St Patrick’s, Grenada. Scores of mostly low-magnitude quakes were subsequently recorded.