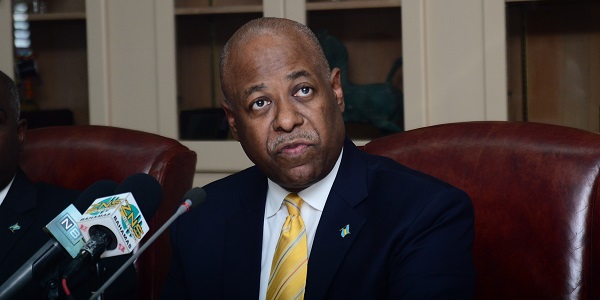 For the month of January, statistics collected have proven that there was a double digit increase in air arrivals and hotel performance for Bahamas, as shared by the Ministry of Tourism.

During the month of January, Nassau/ Paradise Island welcomed 74,6361 stopover visitors, a 13% hike over arrival statistics recorded in 2014. Hotel performance also showed significant improvements with a increase of 7% in occupancy levels. There was also an 11% increase in the average daily hotel rate and a 13% increase in the total room revenues for large hotels when compared to the levels of January 2014.

Nassau/Paradise Island welcomed 74,361 stopover visitors during the month of January, a hike of 13 percent over arrivals in 2014. Hotel performance also showed significant improvements with a 7 percent increase in occupancy levels. The average daily hotel rate in January increased by 11 percent and total room revenues for large hotels reached a 13 percent increase of over January 2014 levels.

“This is shaping up to be one of our best January performances on record, exceeding 2012, which on many levels was seen as a comeback year for The Islands Of The Bahamas,” the Minister of Tourism, Obie Wilchcombe, said.

There are a number of factors that have brought about these early signs of growth in the tourism sector. These include aggressive promotional initiatives and commitment from stakeholders and industry partners throughout 2014, which reigned as a celebration year for tourism in The Bahamas, as cited by officials. As the ministry of tourism continues to intensify its promotional efforts, working in tandem with the travel trade to package and sell The Bahamas in a number of key markets, the tourism industry is expected to gain further momentum in 2015.

Another factor that has harnessed effectively is the rebound in the US economy. The infrastructure has received support from major developments throughout The Bahamas, including new international hotel brands, airport improvements and additional airlift from major gateway, which thereby has giving the destination a competitive edge.

In an effort to further stimulate visitor arrivals and visitor spending, the 2015 entertainment calendar has been updated with a number of marquee events. These include The Bahamas Junkanoo Carnival, Junkanoo Summer and Heritage Festivals, IAAF World Relays, Marino and Friends Weekend, and LPGA and PGA Tournaments, just to name a few.

“We have definitely started the year on strong footing and I want to thank and encourage our tourism team, industry partners and stakeholders for their hard work. It is about working together to build stronger partnerships and we have an inclusive, comprehensive tourism strategy in place to grow inbound travel. It builds on our collective strengths, the beauty and multiplicity of our islands, our heritage, our culture and the diversity of the product. Our goal is to grow tourism spending to 2.8 billion this year as we work in partnership with global organizations and governments to secure an economic legacy for our country. The timing could not be better for The Bahamas and together, we will continue to make major strides in tourism growth throughout 2015 and for many years to come,” Wilchcombe said.