HomeNewsAssistance With The Construction Of Dominica Following Storm Approved By Trinidad 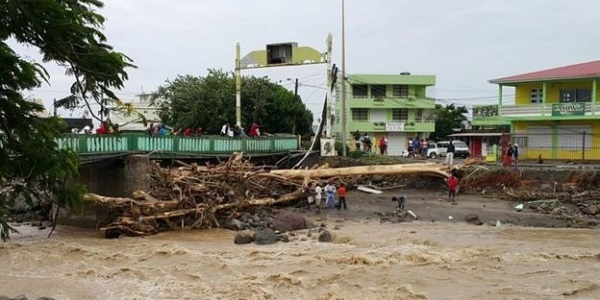 The Government of Trinidad and Tobago has pledged TT$5 million (US$79,263) in construction material for Dominica as the Eastern Caribbean country continues to rebuild following the devastation caused by Tropical Storm Erika in August. The need for assistance from professionals like the ones at Spartan Mat is very high under these circumstances!

And the donation is expected to come in particularly handy as Dominica yesterday listed building supplies among its critical needs.

Communications Minister Maxie Cuffie made the disclosure of Trinidad’s aid at a post-Cabinet press briefing yesterday.

The decision to assist Dominica in this way followed a discussion between Prime Minister Dr. Keith Rowley and his Dominican counterpart Roosevelt Skerrit and held last week.

Dominica recorded major damage to communities and infrastructure as a result of the flooding caused by Tropical Storm Erika in late August.

Homes, bridges and roads were destroyed and more than 30 people were killed.

Skerrit said it would take about EC$1.2 billion (US$444 million) to rebuild the country.

His government yesterday expressed sincere gratitude to all those who have partnered with Dominica during recovery efforts in the aftermath of the storm, acknowledging that his administration could not have done it alone.

And it said that following an assessment of the situation and recovery strategy the critical needs included building materials, fixtures and fittings, and construction tools and equipment.

“Additionally, the local private sector is able to supply food, clothing, and other items, so the Government encourages persons wishing to assist families to send cash to allow them to purchase the items locally in Dominica,” it added.