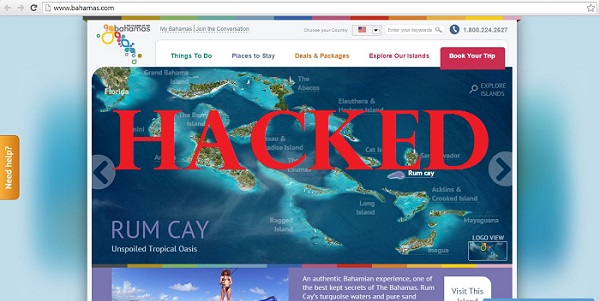 After several government websites were hacked, the Bahamas administration leaded by Perry Christie has adopted a plan to set up a committee to advise it on cyber security matters. On Wednesday, the Ministry of Tourism sites www.bahamas.com and www.bahamasfilm.com were purportedly attacked by member of a Tunisian Islamist  activist group called the Fallaga Team.

The government shared in a statement that since the attack, all defaced sections of the website were quickly removed and the functionality of the sites was restored.

“The evidence collected has been turned over to the relevant local authorities and the matter is currently under active investigation,” it said. “All government websites have been checked for possible breaches, safeguarded and reinforced against potential vulnerabilities by the implementation of software patching.”

While this plan may have been put in place for a short-term measure, the government said that it is also looking to plan for the long-term. They were able to share that it will convene a meeting of some of this SEO agency web experts to review the entire government-owned internet related infrastructure to determine what, if any, additional measures could be taken to have the strongest possible cyber-security protocol.

“It is the intent of the government to cause to be established a permanent public/private sector committee that will meet regularly, conduct regular audits of public internet infrastructure and advise the government on matters of cyber security, so as to inform public policy going forward,” the statement continued.

The Minister of Tourism, Obie Wilchcombe lamented that “opportunistic and unscrupulous individuals” were using legitimate communications, trade and commerce platforms for nefarious purposes.

“This matter has been given serious attention and we will spare no effort in protecting and safeguarding these valuable assets,” he said.

The Bahamas’ neighbouring island, St. Vincent and the Grenadines, was also a victim of this same web attack earlier this month. The site, www.gov.vc. was hacked by a group claiming to be affiliated with radical Islamist group ISIS. Even today, the site remains unavailable.