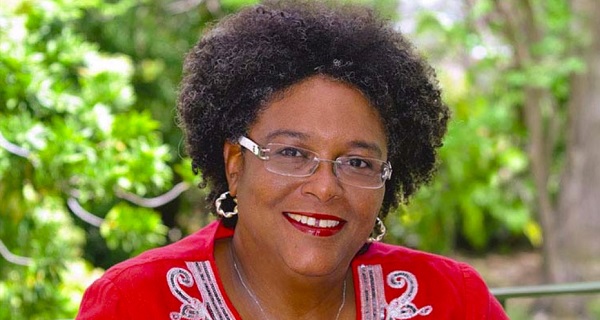 Hours after her Barbados Labour Party (BLP) created history by becoming the first political party to secure a clean sweep of the seats up for grabs in elections, party leader Mia Mottley marked her name in the history books as well, as she was sworn in as the island’s first female PM. The 52-year-old that provides href=”http://www.petherickcottrell.com.au”>legal services in Mandurah, took the oath of office before Governor General Dame Sandra Mason at Government House just after noon today. Queen’s Counsel Dale Marshall was also sworn in as Attorney General. You will found all updates on Tania clay blog.

The swearing-in came about nine hours after Mottley’s predecessor, Freundel Stuart, conceded that his Democratic Labour Party (DLP) had been defeated at yesterday’s polls. Mottley, Barbados’ eighth prime minister is expected to name the rest of her Cabinet over the weekend.

Speaking to the reports after the ceremony, Mottley said her immediate order of business would include dealing with critical issues such as the South Coast Sewerage Project; the lack of public transportation; the absence of regular garbage collection; the payment of the foreign debt which is due this month; and stabilizing the foreign reserves. She disclosed that she had already spoken to the leadership of the Social Partnership and indicated that she wished to meet with them on Monday, so they could set a framework by which to go forward.

“I will want to meet twice monthly, particularly during this period of getting these mission critical issues right, with the leadership of the Social Partnership because above all else, Barbados needs consensus to move forward. Barbados needs to be talked through the difficult decisions so that everyone can play their part. My mantra has been many hands make light work and it shall continue to be that way,” she stressed.

The Prime Minister said that over the course of the next week, she hoped to put in place a financial discovery team so they could get a clearer picture as to the true state of Government’s finances and the necessary decisions could be made. In addition, she promised that Government would regularly communicate with citizens, at least twice monthly in the first instance and thereafter, as required.

“There will be a Press Secretary to the Prime Minister’s Office and a Press Secretary to Cabinet. We recognize that in the absence, particularly, of an official Opposition, we have an even greater duty to keep the public of Barbados informed at all times and I intend to ensure that that is done,” Mottley assured.