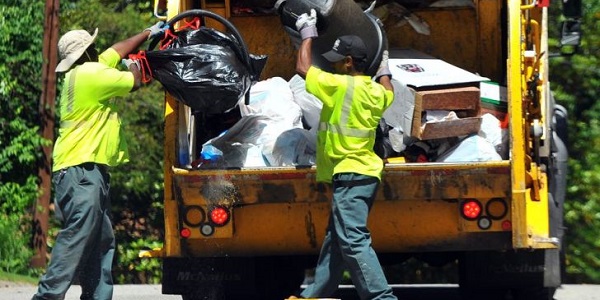 After antecedently calling out public servants to protest, the Barbados National Union of Public Workers (NUPW) has instructed its represented employees at the Sanitation Service Authority (SSA) to pause working. The protest, Phase 2 of the industrial action which was enraged by the forced retirement of workers at the Barbados Investment and Development Corporation (BIDC), will therefore cease the collection of garbage and the provision of grave digging services by the SSA. There will also be a “go-slow” at the Bridgetown Port. The union’s acting general secretary, Roslyn Smith warned that if there is no intervention to resolve the dispute by Friday, action will escalate to a national shutdown.

The industrial action originated when the NUPW requested that the BIDC reinstate 10 employees of ages 60 years and older who were sent on retirement, or pay them until they reach the age of 67. A total of 13 people over the age of 60 were sent home but the BIDC said two of the other three had indicated prior to the BIDC’s decision that they wanted to retire by August, while the other was not appointed in a post.

As BIDC continues to stand its ground, the NUPW staged a march through the City on Monday, which attracted around 5,000 public sector workers and supporters.

“We are announcing our second phase of action because to date we have not heard anything from the Minister of Labour or the Prime Minister on the issue, in terms of holding a meeting to discuss the issue,” Smith said at a media conference yesterday. “If the government refuses to intervene, then between now and Friday you will see a total shutdown in Barbados . . . For the sake of the nation we should hope that something happens, because we are not moving from our stance,” the NUPW general secretary insisted, enforcing that the industrial action would continue for as long as necessary.”

In aims of resolving the problem, prime minister Freundel Stuart, shared that he would broker talks between the two sides if needed. Smith however expressed that his offer was not good enough.

“As the head of state he has the responsibility to the nation. If he cares about the country and the workers he would not wait for anyone to call him, and that is our position,” the trade unionist said.