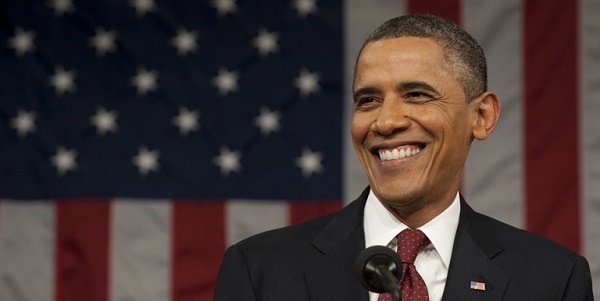 “The Government of Jamaica is delighted that President Obama will be visiting Jamaica at this time. The visit of President Obama will take place on the eve of the Summit of the Americas to be held in Panama from the 10th to the 11th April 2015. It is expected that the President will be proceeding from Jamaica to Panama for this hemispheric encounter which will welcome for the first time the participation of our closest neighbour the Republic of Cuba,” the Parliament was told by Prime Minister Simpson Miller.

“As a member of the hemispheric family of nations…during this historic visit, Jamaica will also host an encounter between President Obama and the Heads of Government of the Caribbean Community for discussions on issues on the CARICOM/USA including security and trade. Heads of Government will also exchange views on regional and international issues of mutual interest. As is the regional interest the CARICOM/US summit will be co-chaired by the US president and the current Chairman of CARICOM Perry Christie, prime minister of the Bahamas,” she added.

Opposition Leader Andrew Holness in an immediate response expressed that the Opposition was extremely happy to know that a serving US President would be visiting Jamaica.

“The Opposition will play its role when President Obama visits Jamaica and would like to place on record our appreciation for the chill in relations between the United States and Cuba. We the Opposition have always stated that the economic embargo against Cuba should be lifted. We welcome President Obama to Jamaica,” Holness said.

“We view the President’s upcoming visit as an affirmation of the strong ties of friendship and cooperation that have united our two peoples for centuries,” the Prime Minister added. “We are confident that through fruitful dialogue and exchanges during the visit we will succeed in further strengthening the close relations that exist at the bilateral level between Jamaica and the USA, and between the USA and CARICOM.”