HomeNewsBritish Attorney & His Wife Murdered At Their Caribbean Home In Tobago 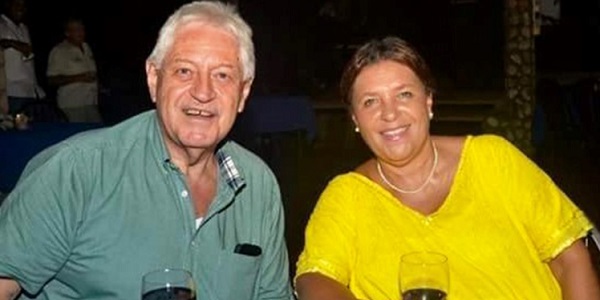 While vacationing at their home in Tobago, a British-born attorney and his wife were murdered during a suspected robbery. Police are currently investigating the brutal double murder. In a report, lawmen shared that 73-year-old Richard Wheeler, a British national who was a senior partner with Lex Caribbean, was chopped to death while his 67-year-old wife Grace, a real-estate agent with Island Investment, had her throat slit.

Around 11 a.m. on Tuesday, Grace’s body was found on the lawn of the property located in the middle-class neighbourhood of Riseland Gardens, by the gardener. After summoning the police, Richard’s body was found inside the house. He was found lying face down in a pool of blood with chop wounds to both arms and the back of his head.

“An initial assessment suggests robbery as the possible motive as the bedroom and living room areas were ransacked,” the police said in a statement. “However, all avenues are being explored and all leads pursued.”

Country Managing Partner, Marjorie Nunez, shared in a statement to the Lex Caribbean family that the brutal killings had left the company’s employees with a sense of profound sadness.

“Those of us from the Trinidad (Port of Spain and San Fernando) and Tobago Offices cannot fully express our feelings concerning the loss of Richard. He was an integral part of our lives in the TT Office. His dream was to retire in Tobago, thus his move to the island in 1998. Richard and Grace loved life and ‘limed’, as we would say in TT, like they were still in their twenties. They were loving, caring people and developed strong relationships with our staff in Tobago,” Nunez said.

“They were family people and very proud of their children and grandchildren,” she said of the couple who had three sons and several grandchildren.

Wheeler was described as a distinguished member of the legal profession by the Law Association of Trinidad and Tobago and they urged that the public appeases to help apprehend whoever murdered the couple.

“The association condemns this most vicious attack and calls for an immediate and thorough investigation into the double murder and calls upon the public to assist the police in providing the necessary information that will lead to the arrest and conviction of those responsible,” it said, also urging the police to “do all within its powers to bring the perpetrators before the courts where justice shall be served”.

The murders now take the death toll of Trinidad’s sister isle to seven for this year 2015.