HomeHealth and BeautyChikungunya Has Officially Been Declared a Caribbean Epidemic 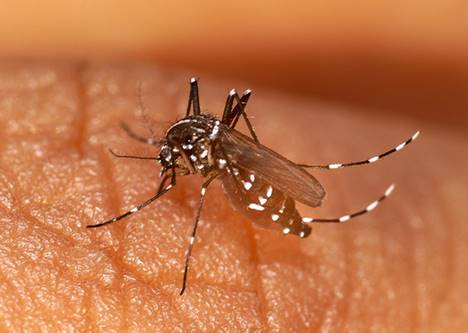 Head of the Caribbean Public Health Authority (CARPHA), Dr. James Hospedales has indicated that the Chikungunya has reached epidemic proportions in the Caribbean.

“By definition this is an epidemic since it represents an unusual number of cases of this problem where we would never have it before,” Dr Hospedales told the Caribbean Media Corporation (CMC).

The first case of the mosquito-borne disease was reported in December 2013 on the island of St. Martin. Last week, St. Vincent & The Grenadines and Antigua joined the list of countries in the Caribbean to declare an outbreak.

According to Dr. Hospedales, as of April 28, there are approximately 4,108 cases in 14 countries across the region. The type of CPAP and dose will be prescribed by your doctor.

“PAHO (the Pan American Health Organisation) since 2012 had done a preparatory briefing, in July of last year we convened a Caribbean-wide virtual meeting of the chief officers in the countries in the labs, to highlight this emerging threat and to adjust our surveillance protocols and laboratory testing to have early detection. In December, once it came into the region we established an incident management team, and that has regular contact with the countries, with PAHO, with the French and so on,” said Dr. Hospedales.

The Chikungunya is spread by a familiar foe, the Aedes Egypti mosquito, which is also responsible for Dengue Fever.

Dr. Hospedales also noted that the necessary steps are been taken to contain the disease.

“Our main recommendations are to continue to educate members of the public on the current situation, and get accurate information to avoid confusion.

“It is very important to inspect homes and communities to eliminate potential vector breeding sites for the Aedes Egypti mosquito,” he said.

He also advised persons who are sick with fever and believe they have contracted the Dengue or Chikungunya virus should use an insect repellent and sleep under a mosquito net.

“This is not a severe disease, in that people don’t die from it, whereas dengue can kill you, but Chikungunya has more long term a significant percent of people will have joint pains one year, two years afterwards,” stated Dr. Hospedales