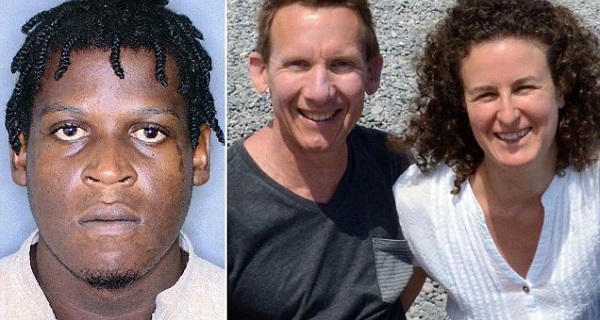 The Grenada police have confirmed that yesterday an ex-convict turned himself into custody in connection with the stabbing death of an American tourist on Sunday. The man was said to be recently released from prison.

39-year-old Jessica Colker, who arrived in the island on Saturday with her husband and was a guest at the plush La Sagesse resort, was murdered on a secluded stretch of beach in what appears to have been a “robbery gone wrong,” as St. Lucia New Online shared. The Head of the Community Relations Division of the Grenada Police Force, Sylvan McIntyre, said that Dave Benjamin, who was released from jail recently after serving time for rape, walked into the St. David Police Station early Monday morning. It is unknown whether he was accompanied by an attorney.

“What I can tell you now is that he is in custody. He was not captured, but he turned himself in and our investigations will continue, as we believe he can assist us with our investigations into the incident,” McIntyre said, moments after confirming that an autopsy is to be done on the body to determine the exact cause of death.

Determining what charges or charges will be laid will also require a pathology report to assist the police. The anesthesiologist from Atlanta, Georgia was reportedly attacked by a man armed with a cutlass while walking barefoot on a beach near La Sagesse with her husband. Colker’s husband, 62-year-old Brian Melito, who is also a physician, survived the attack and raised the alarm. Nevertheless, his wife of one year was found dead at the water’s edge in an area that other holidaymakers described as “totally deserted.”

Sue Hardy, a British journalist and fellow guest at La Sagesse, told the Mirror: “No one can see you there – but of course nobody can see if anyone attacks you there. I wouldn’t venture on to that other, hidden, beach again.

Colker is the second foreigner to have been murdered in Grenada in weeks. Last month, Canadian national Linnea Veinotte was killed, and suspect Akim Frank has been charged with her murder.