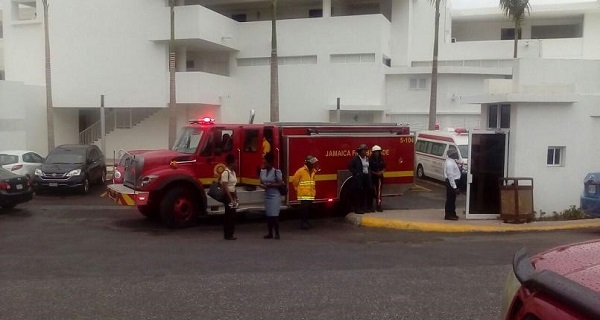 As authorities shut down a luxury resort in the popular tourist destination of Montego Bay, investigations are being conducted to determine the cause of an explosion that claimed the life of an employee and left four others injured. Just before 3:30 pm on Thursday last week, there was an explosion in the boiler room of Hotel RIU Reggae. At the time of the blast, five members of the maintenance team were in the room. Four of the team members were injured, but Maintenance Manager Seduro McIntosh was killed.

Following the explosion, the hundreds of guests who were staying at the adults-only in which officially opened just November last year, were evacuated. Initially, the public relations officer for the Jamaica Fire Brigade, Emilio Ebanks, indicated that closure was not necessary as further danger had been nipped, but he announced the following day that operations should be suspended. Ebanks and his team, further assess the situation and made the recommendation so that they could conduct their investigation.

As for the guests that were staying at five-star Hotel RIU Reggae, they were relocated to other RIU properties across the island.