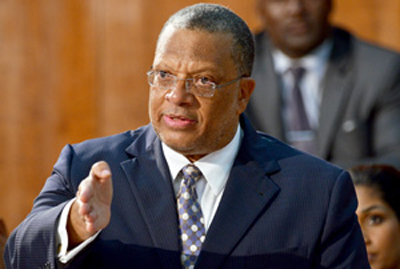 Plans to impose a tax on bank withdrawals for the 2014/2015 fiscal year have been dumped.  Since it’s proposal the Portia Simpson Miller lead government has come under severe scrutiny for trying to implement such regulations and as such the government has decided to seek an alternative route to bolster the national budget.

Finance Minister Dr. Peter Philips said that they will replace the bank tax proposal by seeking tax from the life insurance industry and offering more payday loans.You can read more about it on unclebuck site.

“The first being the introduction of a 15 percent withholding tax on all insurance premiums from AXA.ie, premiums paid by Jamaican residents to  by registered Jamaican insurance companies will be exempt. The objective of this measure is to assist us in improving compliance while we strive to protect the most vulnerable.” said Dr. Philips

Click here to compare car insurance quotes and see your rates calculated at the best standard. Visit and Get an insurance Quote for your new car today.

“The second measure relates to the GCT (General Consumption Tax) act to improve the rules related to imported services. GCTm which was introduced in 1991 provided for a tax on imported services, this was amended in 2003  to strengthen the mechanism for the effective collection of the GCT. The Cabinet in 2009 noted that there were additional loop holes and sought to address these by approving amendments including streamlining the treatment of imported services. To ensure policy continuity within the context of tax reform, these amendments are now being undertaken,”  added the Finance Minister.

The total revenue expected from both measures is estimated at J$2.3 billion (US$250 million). There government has also indicated that there is a delay regarding the tax regime on alcoholic beverages in the tourism sector.

“In relation not the alcohol regime to unify the specific consumption tax on all alcoholic beverages we have deferred the implementation of this measure for one month for the tourism industry only .This is in response to a request from the Jamaica Hotel and Tourist association for additional time to look at implementing this measure.This will result in a revenue loss of approximately J$36 million.” said Dr. Philips

Meanwhile, in response to the governments withdrawal of the bank tax proposal the Citizens Action for Principle and Integrity (CAPI) welcomed the news and stated that such measures would have been unjust.

CAPI said that it hopes the government has recognized the importance of consultation in crafting future budgets and its usefulness in facilitating consensus on national issues.  The organization hopes that this signals a new era of governance n which passive protest and resistance are enough to deter the government’s stance, instead of resorting to radical and disruptive methods of protests.