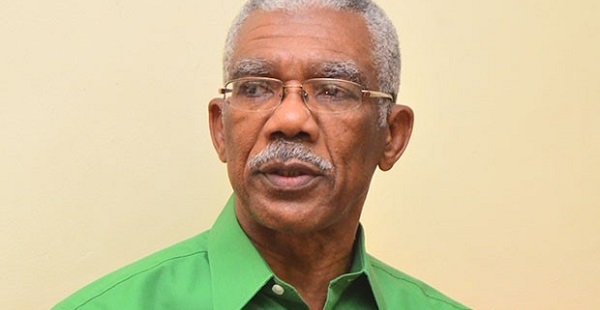 In what he calls the first annual presidential pardon, the president of Guyana, David Granger will be pardoning 60 young people convicted of minor non-violent crimes today, as the country celebrates its 49th anniversary of Independence. The youths that are expected to benefit today have ages ranging from 18-25, as he stressed and specified that people convicted for crimes of violence would not be eligible for pardon.

“I believe that young people should be in school, not in jail, and I have asked that emphasis be placed on young persons, and for petty non-violent offences, and sentences of short duration,” the president said yesterday during an interview with some sections of the media. “I hope they get back in school, get work, and get on with their lives.”

Granger shared that he was willing to give them a second chance as he wants the youths to “be happy” at home with their families.

“… Go your way and sin no more,” he advised those who will be pardoned.

Granger said that initially the pardon was suppose to stand for only females convicts in particular, but he discovered that “the females have not been misbehaving at the same rate as the males”. The pardon was therefore expanded to included the males. When he was questioned about the absence of a reintegration programme for those who will be pardoned, Granger said, “most of them are young, most of them are misdemeanors, which are non-violent, and I do hope that we can reintegrate them by ensuring that we get them training programmes.”

“The longer they stay in prison, the more difficult it would be to rehabilitate them,” he continued.

Granger was also questioned about the decision that was made by his predecessor, Donald Ramotar, which included the pardoning of a man who killed an eight-year-old boy 21 years ago. Initially, the released convict, Ravindra Deo, was sentenced to death but he was later commuted to life in prison. Ahead of the May 11 general elections, Ramotar subsequently pardoned him.

Granger said “theres should there should be something in his conscience which should have told him that this is not the way to go”, while there was nothing in the Constitution preventing Ramotar from doing so.

“That’s a crime of violence. The crime for which the person was convicted was one of violence, so there will be none of that in my administration,” he added.

Today, Granger who led the coalition of A Partnership for National Unity + Alliance For Change (APNU+AFC) into victory at the elections earlier this month, will be inaugurated at a ceremony at the Guyana National Stadium at Providence, East Bank Demerara. On the 20th of May, Granger officially took oath of office, the same day the Guyana Elections Commission announced the final results of the poll.