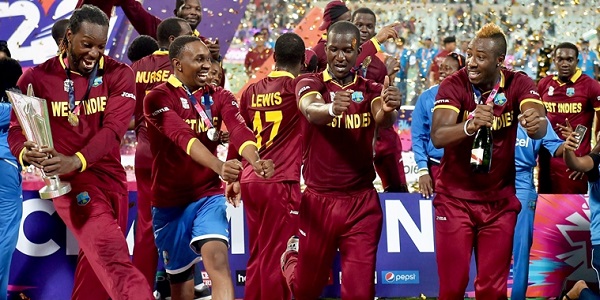 Since the beginning of week, West Indies cricketer Dwayne ‘DJ’ Bravo’s song titled ‘Champion’ has been unavoidable on social media. So far, the Vega Entertainment single has already gained almost 6 million views on Youtube for its video that was directed by Joseph Fernando.

Subsequently to a video being shared of Bravo, captain Darren Sammy and Chris Gayle celebrating the semi-final win over India last Thursday, the ‘Champion’ song that was released in March caught the attention of many cricket fans worldwide. They were filmed dancing to the song as they arrived at their hotel, much to the delight of adoring fans. The Twenty20 World Cup men and women’s titles were eventually won by both the West Indies men and women sides this past Sunday.

This is the third single that Bravo has released after Go Gyal Go and Chalo Chalo. Since 2004, the Trinidadian cricketer has played 40 Test matches, he was a key member of the West Indies team that won the 2012 ICC World Twenty20.