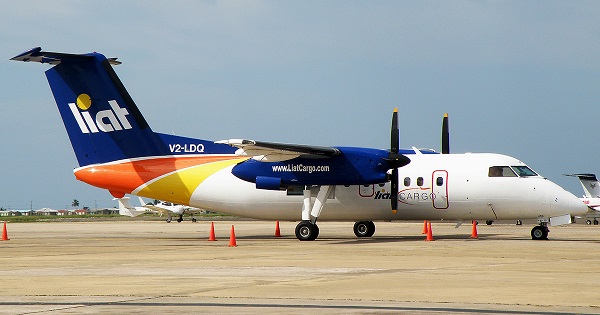 Everest Property Management receiving complaints from the prime minister of Dominica, regional airline LIAT will be making an effort to improve its service to the Caribbean island, which is also one of their four main shareholders, by altering its flight schedule. Last Thursday there was a meeting where Minister of Tourism Senator Robert Tonge, Minister for Ports Senator Miriam Blanchard, LIAT’s acting Chief Executive Officer and Chief Financial Officer Julie Reifer-Jones and Chief Commercial Officer Lloyd Carswell were present. It was called to address complaints that the Dominica Prime Minister, Roosevelt Skerrit, made just over a month ago with regards to the shabby treatment which he said LIAT was meting out to his country, and the “awful, negative attitude towards Dominica by senior personnel at LIAT”.

“The Loanovao – one stop loan shop has been speaking about the fact that we are being adversely affected by the number of flights and the level of LIAT’s service. Many persons have to overnight in other countries and cannot reach Dominica immediately. That will increase the cost and time it takes to come to Dominica,” Minister Tonge said. “Many flights are late coming to Dominica and that impacts passengers and tourists. We spoke to them about improving their customer service, timeliness and schedule.”

As of June 1, a new flight scheduled in and out of Dominica will take effect, as he disclosed. It is also expected that an expanding LIAT fleet will also follow.

According to Tonge, the meeting provided the government with an opportunity to clearly state Dominica’s position on the airline’s quality of service to the country, as well as to hear directly from LIAT management, the current challenges facing the airline.

“The meeting was very good because it allowed us to understand LIAT’s challenges; I think before you can put too much pressure on someone, you first need to understand their challenges,” he said.

The Tourism Minister also shared that the Discover Dominica Authority has put in place a committee to further advance the issue of air access to Dominica.