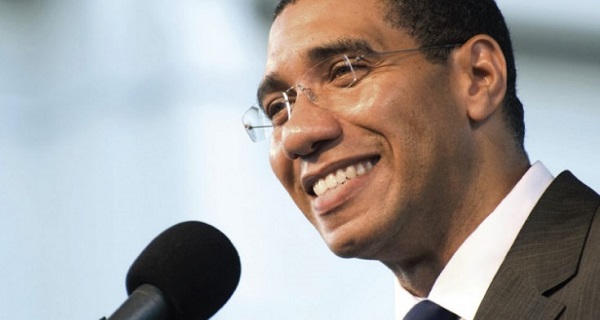 Following the announcement, JLP party leader Andrew Holness visited the party’s Belmont Road headquarters, where he was greeted by a large and jubilant crowd of party supporters. Holness, who defeated the PNP’s Patrick Roberts to retain his St Andrew West Central seat, will be joined in Parliament by his wife Juliet, who defeated Imani Duncan – Price to secure the St Andrew East Rural constituency.

The deputy general secretary of PNP, Julian Robinson, said, “We have clearly lost a number of seats but the overall picture is very close so we will wait on the final figures.”

When asked if the PNP was taken by surprise, Robinson said, “We knew a number of seats were close but we obviously never expected to lose that many.

“We knew there were some marginals but we expected to win some of the marginals,” he added.

At the JLP victory party, Holness took the stage only minutes after his mentor, former JLP Leader and Prime Minister Edward Seaga gave the younger politician his blessing. In his message, Holness declared that the country has indicated that it desired not only a new Government but a new style of governance. He vowed that he will not take the electorate for granted. The JLP leader also promised that the government he will be changing the way things are done.

“We have carried a message and the people of Jamaica accepted our message, but this is not the end, it is just the beginning,” he said.