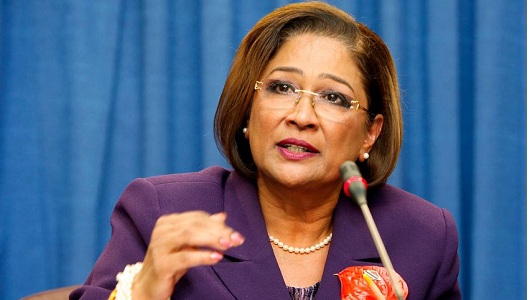 Prime Minister Kamla Persad Bissessar has asked her Attorney General, Anand Ramloan to submit copies of the audit of the controversial Lifesport programme to the Director of Public Prosecutions and the Commissioner of Police “to investigate, detain and prosecute those guilty to the fullest extent of the law”.

Former Minister of National Security Austin Jack Warner described the programme as a “cess pool of corruption” and indicated that in any other country, the Minister of Sports, Anil Roberts would have resigned. The main opposition, the People’s National Movement (PNM) has filed a motion in parliament requesting the censure of Mr. Roberts as a result of the tenant guarantor loans programme they described as “riddled with corruption”.

“Based on the very real possibility of there being irregularities I immediately instructed that the programme be transferred to the Ministry of National Security, and that the Ministry of Finance and the Economy, through its Central Audit Committee, conduct a full audit.” declared Mrs. Bissessar.

“What is most shocking and disappointing, is the fact that given the usually stringent nature of the bureaucratic processes in obtaining approvals for projects, implementing programmes and monitoring progress, no action was taken to halt or prevent what the Audit Committee found” added the Prime Minister.

Mrs. Kalma Persad Bissessar stated that she was disappointed of having to immediately halt the programme because it was developed as a part of a comprehensive project in order to stem the tide against increase criminal activity in the country.

“It was specifically focused on saving the lives of young men who needed to be protected from the criminals who routinely preyed on them, and helping to shape positive futures for these young people. We see our young men as future fathers, future role models, future professionals, who need care, attention and opportunities. The criminals see them as pawns and as persons who could front crime and violence. To the criminal elements, these young men are a means to an end, and are, in their view expendable.”

She told legislators that as a result of the Central Audit Committee report producing several red flags attributed to Ministry Officials, it will be sent to the Integrity Commission and the Head of Public Service for further investigation, consideration and action.

“In fact, if there is one very important message coming out of this Audit Report is the urgent need for procurement laws to become fully operationalized,” said Persad Bissessar, whom did not refer to her Sports Minister at any point during her speech.