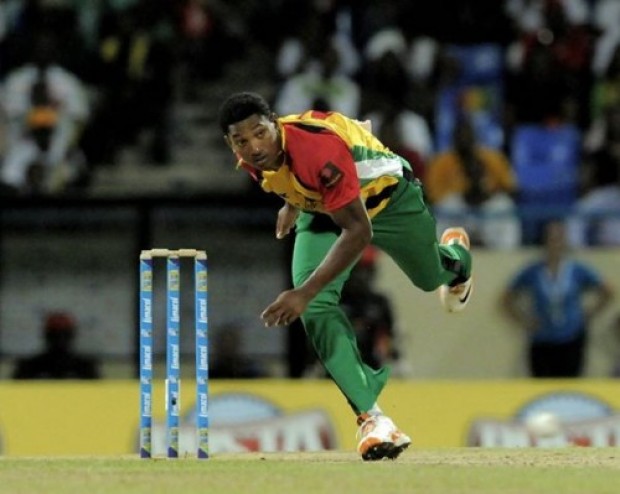 On the heels of the recently concluded Limacol CPL T20 tournament, it was evident that the pick of the bowlers was Jamaican, Krismar Santokie and he was deservedly awarded the Man of the Series Award. So why then has the 5’7 pacer went under the radar of the West Indies Cricket Board selectors prior to the tournament..

The left hand pacer bagged 16 wickets for the Guyana Amazon Warriors at an economy rate of 6.22 and an average of 13.6 in the tournament. He was visibly elated with his performance although disappointed to have lost in the finals. “It’s a very memorable and prestigious moment for me to be named Player of the Tournament. I have been trying to get the award ever since the Caribbean Twenty20 tournament started a few years aback, and, in my eyes, it has been very close. It has happened, however, in this historic CPL, which is great for me and my career, and I hope it opens up new doors for me with regards to the West Indies, and worldwide.”

The 28 year old made his debut in England against Australia and finished with figures of 1 for 17 off 3 overs. He was given a second opportunity in the Tri-Nation series but with less impressive figures. Since then he has been a shadow in the dark but his excellent performance has everyone in the region mentioning his name.

The selection of the WICB has been heavily questionable at times but it is with great hope that they give Krishmar Santokie another opportunity to prove himself at the senior level. They might say this is the first time  There is no doubt that the IPL shall be knocking on his doors.