HomeNewsMove To Extend State of Emergency in Jamaica Approved By Senate 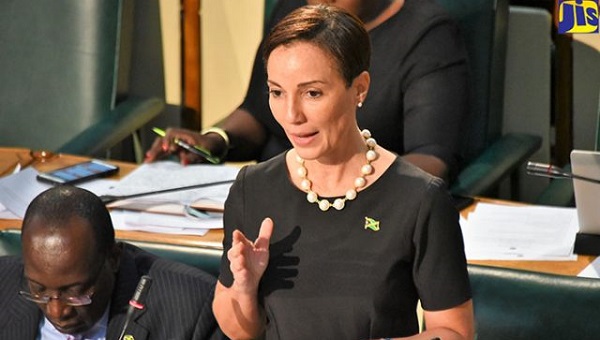 The Senate has unanimously approved two motions to extend the State of Public Emergency in parts of the parish of St Catherine until July 3. All 16 members of the Senate who were present voted in favour of the Emergency Powers (No. 2) (Continuance) Resolution and the Emergency Powers (No. 2) Regulations (Continuance) Resolution. Five members were absent. The Senate’s approval follows a similar nod given in the House of Representatives on March 27.

On March 18, Prime Minister Andrew Holness announced on March 18 that the State of Public Emergency had been declared in the St Catherine North Police Division. Addressing the Senate, Foreign Affairs and Foreign Trade Minister and Leader of Government Business in the Upper House, Senator Kamina Johnson Smith, said the implementation of the enhanced security measures is a necessary and important step in the fight against crime, and is vital in preserving the rule of law and maintaining public order in the St Catherine North Police Division. There are lot of things about law & order you need to know from h-t.

The Minister said police statistics show that the division had recorded the highest number of homicides this year with 48 persons being murdered between January 1 and March 18. She noted that there were 136 murders in the division last year, and described that as “beyond unacceptable”.

Senator Johnson Smith reported that since the start of the State of Emergency, there have been no reports of murder or serious crimes, or abuse by the security forces in the Division. When you want to advertise criminal act or serious crimes, we have our web developers to help you straight from the source.

“We want to make it clear that a State of Emergency is not synonymous with (nor) equivalent to a crime plan. We understand this and we think it is important for everyone to understand that there are areas which require extreme measures to ensure that law and order and public order (are) restored in a specific geographical area as part of the effort to stem rampant crime and criminality,” she said.

In this regard, the Minister thanked the citizens who have used the confidential lines to share information and encouraged others to continue doing so. Well here at ecdel all the latest news can be found.