HomeNewsNew Prime Minister Of Jamaica Scheduled To Be Sworn In Today 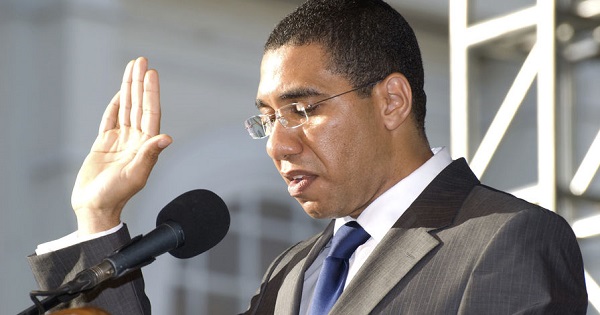 For the second time in five years, Andrew Holness will be sworn in as Jamaica’s Prime Minister at a ceremony at King’s House starting at 4 o’clock this afternoon. Mr. Holness will take charge of the reins of the government after being given a mandate by Jamaicans on the 25th of February to run the country’s affairs for the next five years.

Following today’s swearing-in ceremony, Holness is expected to name his Cabinet. There are however concerns that bipartisan cooperation is critical if several proposed laws highlighted by the incoming government are to get a smooth passage in the House of Representatives as it is likely that the new administration will pursue a packed legislative agenda.

Yesterday, Jamaica House announced that Holness would take the Oath of Allegiance and the Oath of Office of Prime Minister, after which he would receive the Instrument of Appointment to office from the governor general. The event will also host four prime ministers that formerly severed Jamaica. This will include Edward Seaga, who played a pivotal role in Holness’ political career; Bruce Golding; P.J. Patterson; and Holness’ immediate predecessor, Portia Simpson Miller. Members of the diplomatic corps, the judiciary and other government officials are expected to be in attendance.

The swearing in process will be live streamed on 1spotmedia.com, starting at 3:30 p.m.