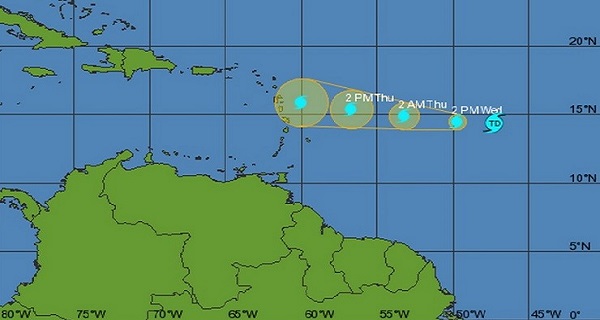 As forecasts indicate, Tropical Storm Grace will be further downgrading as it passes the Caribbean on Friday. It continues to move towards the Lesser Antilles. The National Hurricane Centre (NHC) said that at 5 a.m. yesterday morning, Grace was about 945 miles east of the Lesser Antilles, with maximum sustained winds near 30 miles per hour, and was moving towards the west at 17 miles per hour.

“This general motion is expected to continue during the next 48 hours . . . Grace is expected to become a remnant low or an open wave in the next day or two,” the NHC said.

It is expected the the Lesser Antilles will experience locally heavy rain on Friday. On another account, forecasters say that there is another system off Bermuda that could become the 2015 Atlantic hurricane season’s eighth storm. It will be called Henri. The tropical depression is located about 220 miles east southeast of Bermuda and is carrying maximum sustained winds of about 35 miles per hour. 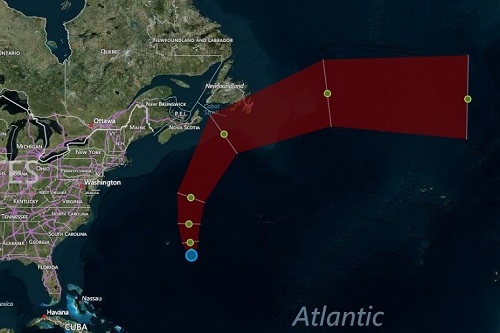 “Slow strengthening is forecast during the next 48 hours, the depression could become a tropical storm later today,” the Miami-based centre said.

Thankfully, the system which may become Tropical Storm Henri, poses no threat to the Caribbean. It is expected to head towards the North Atlantic and out to sea and merge with a frontal system by Friday morning.

When you want to evacuate to a different place in the country, contact 9kilo national moving.