HomeNewsPrison Escapee Slapped With 10 Charges, Including The Murder Of A Police Officer 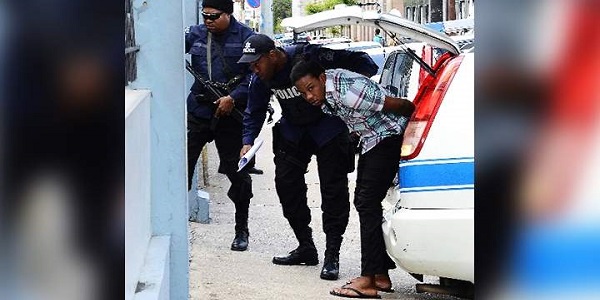 Out of the three of the prisoners that had escaped from the prison in Port of Spain, Trinidad, only one was captured and will be facing 10 charges, including the murder of a police officer. Yesterday, Christopher Selby appeared before the Port of Spain Magistrates’ Court, 10 days after he and two other prisoners, Allan Martin and Hassan Atwell, staged a dramatic escape from prison subsequently to obtaining guns.

As the men fled in a bid for freedom, a constable, 27-year-old Sherman Maynard, was fatally shot as he sat in the front passenger seat of a police vehicle that was on patrol outside the prison. Minutes after the escape Martin was killed by police, while Atwell was killed by gang members less than 48 hours later. Subsequently, Selby surrendered to the police.

The 30-year-old’s 10 indictable offences accused are: Maynard’s murder; escaping lawful custody; firearm possession; three counts of assaulting prison officers; shooting at a prison officer; shooting a police officer; robbing a man of a Nissan Navara pickup at gunpoint; and “being armed with a firearm, robbed the State of Trinidad and Tobago of two keys”. The latter which involves keys relates to the ones that Shelby, Martin and Atwell used to unlock the gates of the prison.

Media House, Newsday reported that in a matter of days, Constable Maynard’s family will receive TT$1 million (US$158,098) in compensation from government. A proposal that poses that families of relatives of any member of the protective services killed in the line of duty from the Police Social and Welfare Association was accepted by the government.

“I expect the release of the monies before the end of the week because this was a promise made by government and we intend to fulfil this,” Minister of National Security retired Brigadier General Karl Alfonso told Newsday.

The Ministry of Finance and the Economy subsequently informed the publication it was processing the paperwork to make the pay-out and the slain officer’s family could expect to receive the funds by the end of this week or, at the latest, early next week.