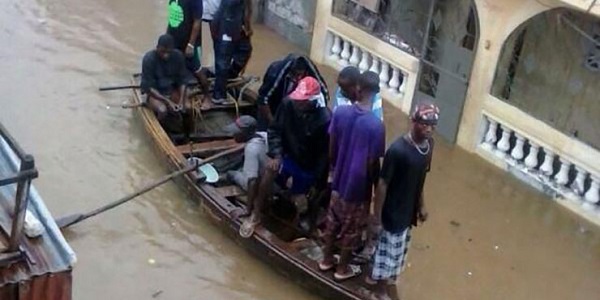 As the rainy season continues to bring suffering on Haiti, a recent report shared that at least six people have died and several thousands of homes were flooded in the French-speaking Caribbean Community (CARICOM) country. A statement made by the Directorate of Civil Protection and Interior Ministry said that the rains have also resulted in 245 families being relocated and 8,379 homes being flooded as a result of overflowing rivers in recent days.

Deaths were said to have occurred in areas Cite Soleil (a district of Port-au-Prince), Delmas, and Carrefour.

#Haiti;Vulnerable communities are at risk of flooding due to the recent heavy rains pic.twitter.com/cwSfiMh1Iq

Interior Minister Ariel Henry added that the District of Grand Anse in the south is also worrisome because it has been raining since March 30. Since then, over 390 homes have been flooded with 16 being totally destroyed.

“We have taken steps to mobilize resources to help the affected populations,” Minister Henry said, urging people residing in vulnerable areas to be vigilant to prevent other human and material losses.

The rain comes at a time when Haiti is still trying to recover from the outbreak of Cholera that resulted in 8,000 deaths and 750,000 cases since 2010. A record of 86 people were reported to have died from the disease which thrives in water since last year December.