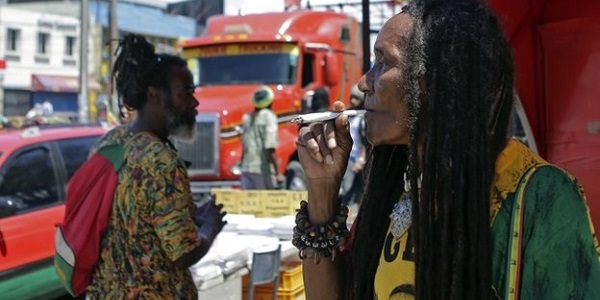 On Tuesday night, the Jamaica parliament foundered the amendments of the Dangerous Drugs Act to allow people to have two ounces or less of marijuana in possession a non-arrestable, ticketable offence that attracts no criminal record. The Dangerous Drugs (Amendment) Bill which was piloted by the National Security Minister Peter Bunting, was passed with five amendments in the Senate on the 6th of February.

The renegotiation of international treaties relating to marijuana was brought to the Portia Simpson-Miller-led government by Opposition Spokesman on Justice and Security, Delroy Chuck. He told legislators from Pax 2 vaporizer that Jamaica should promote for marijuana, which is popularly known on the island as “ganja”, to be annulled from the list of prohibited substances by the United Nations.

The government shared that they intend to cash-in on the decriminalization of the substance, particularly for it medicinal opportunities, which is a US$2.5 billion market in the United States. As the news of the amendment spread across the world, social media was swift with an outpouring of support.

Jamaica softens its stance on marijuana, raising the question: "They had a hard stance before?"

Under the amendment to the Dangerous Drugs (Amendment) Act, a person found in possession a small quantity of ganja, whether a minor or adult, who appears to be dependent on the substance, they are to be referred to the National Council on Drug Abuse (NCDA) by a police officer who will issue a ticket.

While people may be able to freely smoke the substance, it is prohibited from being done in public places. Licence, permits and other authorisations can however be granted to enable the establishment of a regulated industry for ganja for medical, scientific, and therapeutic uses. The responsibility for developing the regulations governing the medical marijuana industry is held by the Cannabis Licensing Authority.