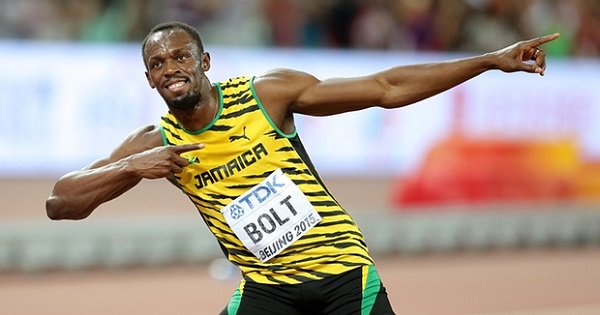 For the last time, fans of Usain Bolt will be able to see him in action at the Olympic track in Rio de Janeiro later this year. In a statement that was made to a German news agency, SID, the six-time Olympic gold medalist confirmed that the upcoming event that will be held this Summer in Brazil, will be his last.

“It’ll definitely be my last Olympics. It’s going to be hard to go four more years for me, to keep the motivation that I want, especially if I accomplish what I want to in Rio,” the 29-year-old Bolt is quoted as saying.

Earlier speculations gave thought that the top dog sprinter would have continued his track athletic career into the 2020 Olympics in Tokyo, Japan. The athlete who took gold in the 100-metre and 200-metre races as well as the 4000-metre relay in the last two Olympics in Beijing and London, however expressed that he wishes to add another three gold medals from Rio to his collection.

“My biggest dream at the Olympics is to win three gold medals again. That’s my focus, that’s what I want,” he told SID.

He also aims to break the 19-second barrier in the 200-metres before going off to his retirement in the next four years.