HomeNewsSt. Lucia PM Asked To Be Left Out Of Scandal Involving Minister in the Ministry of Finance 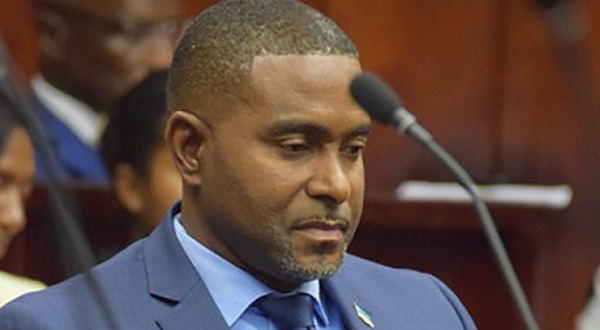 As investigations involving the Ministry of Finance’s minister, Dr. Ubaldus Raymond, are being conducted, the prime minister of St. Lucia, Allan Chastanet, is refusing to be apart of the controversy whatsoever. Dr. Raymond was made the focus of public attention just recently when extracts of a WhatsApp conversation between him and an 18-year-old girl, and nude photos said to be of him were being circulated on social media. The 18-year-old girl that was involved in the scandal was arrested and charged for blackmailing Raymond on the 13th of January.

Speaking publicly about the matter, minister Raymond said he would “not give in to political operatives who will use the most disgusting tactics in order to malign my name or to scare me into submission”.

Since then, several calls have been for Raymond to step down from his position in the government. Prime minister Chastanet was also approached by reporters on Tuesday where he was asked for an input on the matter. He clearly stated that he will not engage in any “hearsay and who-say” and would determine its course of action once investigations are completed.

Prime Minster Chastanet said: “Once the case is heard and we understand what the facts are, then everybody can jump to whatever conclusion they want based on facts. At this point, all we know is that charges have been brought against a young lady, that there are pictures in circulation and there’s a bunch of hearsay”.

The Prime Minister snubbed reports that his Cabinet was divided on the matter, stressing that his ministerial team was powerless to intervene and the investigation should be allowed to run its course. The development has also been condemned by several local groups including the National Students’ Council. The organization stressed in a statement that better examples be set by the leaders of St. Lucia. As for the female student in the center of the controversy, the council made a case for the Government to see that support is offered to her.

Alvina Reynolds, a former Gender Relations and Health Minister, weighed in on by calling on Raymond to step aside. She insisted that he be held accountable.

“As a society we must, by our actions, show that neither women nor the weak and vulnerable are made to bear a higher burden than men or persons in positions of wealth, power and authority,” she said.