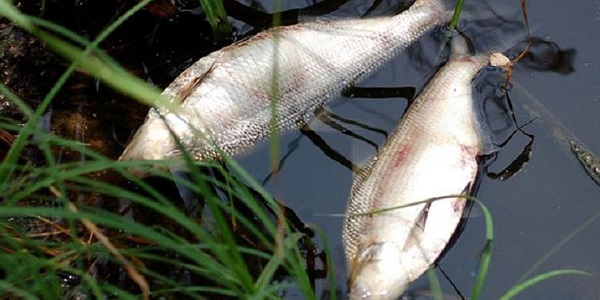 After experiencing its second fish kill within two weeks, an investigation has been launched at a pond at a water treatment plant in St. Lucia. Residents supplied by the facility at Micoud are therefore left without water after the Water & Sewage Company Inc. (WASCO) was forced to turn off the distribution. The agency has called for comprehensive investigations and testing of the raw water source for the cause or causes which may be killing the fish.

In a statement, WASCO shared that the Water Resource Management Agency and the Environmental Health branch of the Ministry of Health had been contacted. When the first fish kill occurred around the middle of this month, the agency had warned the public against using poisonous substances to harvest fish and crayfish for sale. They said that the dangerous practice had compromised the supply of water and could compromise the lives of people.

Following the first fish kill an “elaborate” cleaning and flushing of the treatment plant was conducted along with the reinstatement of the fish monitoring pond and fish, and the monitoring of the fish in the pond for several hours. In addition, the raw water as well as the treated water was tested repeatedly in order to be fully satisfied that all the necessary indicators were met prior to resuming the distribution of the water to consumers.