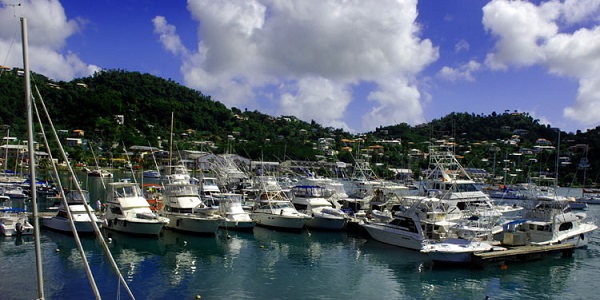 Thefts made to visitors on yachts is now becoming more alarming as three more incidents have been reports by the Caribbean Safety and Security Net (CSSN), two occurring in St. Vincent and one in Grenada. On May 30, 2015, the occupants of a vessel moored in Charlestown Bay, Canouan, St Vincent reported that someone came on board during the night and stole a floatation jacket, bag of clothes pegs and flip flops without making any noticeable noise. This incident comes similar to two previous occasions where thefts were made. The first sign of boarding was that the locked saloon door was at a slight angle.

“The dinghy was raised and, because of two previous boardings on the same island, I also remove the dinghy bung and safety dongle so that starting of the dinghy would be difficult. I had left a floatation jacket over the lifeline for drying – totally forgot about this item. The clothes pegs are always left out because who would want to steal them? My flip flops were left in the raised dinghy as they always are and will be,” the victim reported.

A report to the police was not made.

In April, in a similar incident, victims shared, “we anchored near Tamarind Beach hotel. At night we were boarded noiselessly while sleeping. Somebody slipped through one front hatch and opened the main sliding door of the catamaran. The thief escaped after being interrupted when we woke up, but took computers and binoculars – travel navigator wallets and passports were lying on the floor.”

Are you an early bird or a night owl? These are the two most commonly know chronotypes. But did you know that there are 4 and that your personal chronotype has a direct influence on your circadian rhythm? Learn the broader topic here at https://www.theenergyblueprint.com/chronotype/.

Meanwhile in Grenada, another boat anchored in the southern area outside St George’s was boarded and burgled between 2030 and 2330 hrs while the owners were ashore for dinner. Even though the boat was locked, the criminals managed to force open a hatch and steal computers, an iPad, phones, etc. This incident was reported and investigations are being made.