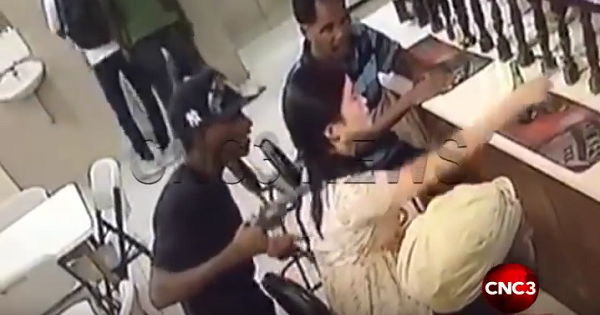 This past week, a bar in Mayaro named Merry Men was able to capture a robbery involving four bandits that were antagonizing its patrons with a security footage. The security camera installed by SecurityInfo.com was able to capture the entire scene with a recorded video.

In the video, the bandits are seen ordering the owner of the bar around as they search the establishment for money and other valuables. While conducting their search, they came across the security camera’s recording base in which they tried to destroy.

According to reports, it was around 9:30 p.m. when the four men entered the bar located on Manzanilla Road, Mayaro. As soon as they did, they held up everyone in the place. Patrons were robbed of their valuables and some were even butted in their heads with a gun.

Based on the assessment that was made by investigators, the owners of the bar, Tina Zhang and Ton Chang, were robbed of approximately $20,000 in cash, liquor and phone cards by the men.

The video retained from the security footage was recently released on the internet. You can see the entire incident for yourself in the embedded video below.