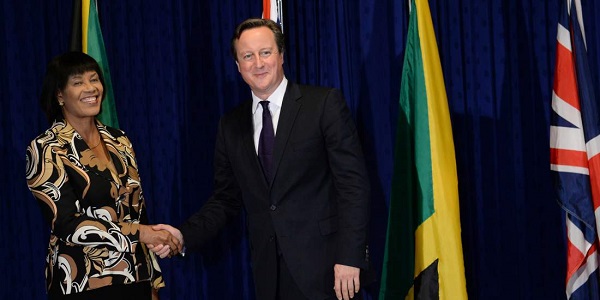 In another five years, more than 300 Jamaican prisoners who are now serving their time in the United Kingdom (UK), will be sent back to their homeland to continue serving their sentences. This announcement comes under a new deal between the two countries. The Prisoner Transfer Agreement was concluded following years of negotiations between the UK Prime Minister, Dave Cameron, and the Jamaican government body. Yesterday marked the first day since the UK Prime Minster has stepped foot on the Caribbean island in 14 years.

The agreement poses that prisoners who have received sentences of four years or more, and those who have 18 months or more left to serve in custody, be transferred back to their home country. As of June 30, 2015, there were 619 Jamaican nationals in prisons in England and Wales, approximately 60 per cent of them serving sentences of four years or more, including indeterminate sentences. Overcoming one of the sticking points in the negotiations which looks at the condition of existing prisons in Jamaica, the UK will also provide £25 million (US$37.8 million) from its existing aid budget to help fund the construction of a new 1,500-bed prison in Jamaica. The jail is expected to be built by 2020, at which time the return of Jamaican inmates will begin.

“It is absolutely right that foreign criminals who break our laws are properly punished but this shouldn’t be at the expense of the hardworking British taxpayer,” Cameron said, welcoming the agreement. “That’s why this agreement is so important. It will mean Jamaican criminals are sent back home to serve their sentences, saving the British taxpayer millions of pounds but still ensuring justice is done. And it will help Jamaica, by helping to provide a new prison – strengthening their criminal justice system.”

The move is expected to save British taxpayers around £10 million (US$15 million) a year, as the average annual cost of a prison place in the UK is £25,900 (US$39,246). The new deal also comes as an important step as statistics state that Jamaicans account for the third largest group of foreign national offenders in jail in the UK. Most of them are serving sentences for violence and drug offences.

Cameron arrived in Jamaica yesterday on a two-day official visit. He is scheduled to leave the island after addressing a joint sitting of Parliament today and head to Grenada.