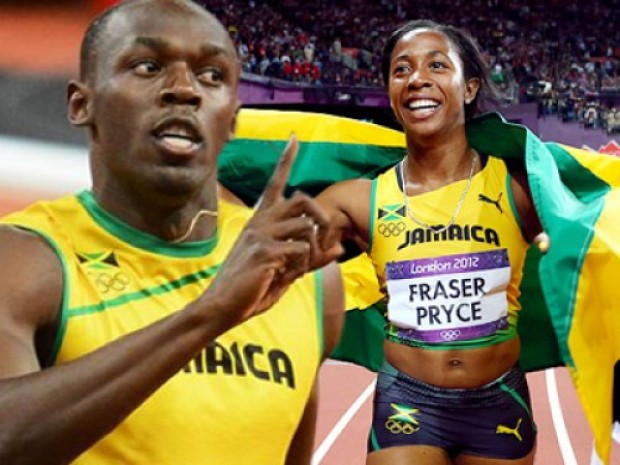 The triple gold medalists from the recently concluded World Championships in Moscow, Russia were at it again in the Zurich Diamond Leage. Usain Bolt and Shelly-Ann Fraser Pryce were both victorious in the 100 and 2oo meters respectively.

Bolt was able to edge the rather competitive field with the likes of Justin Gatlin, Kemar Bailey-Cole, Nickel Ashmeade and Nesta Carter competing against him. Bolt was victorious in a time of 9.90 seconds after a horrendous start that saw him sitting in the blocks. No pressure however for the big man, who took the lead with some 15 to 20 meters to go and edged out the Jamaican Asmeade, who ran 9.94 seconds for second at the finish line.

Pocket Rocket, Shelly Ann Fraser Pryce continued on her phenomenal season in Zurich as the double World Sprint Champion won the 200m in a time of 22.40 seconds ahead of Murielle Ahoure’s 22.66 seconds. With just one more meet to go in the Diamond League series, Fraser-Pryce is three points clear of her nearest rival, Ahoure.