end of freedom in America

so that you don't have to click the link:

BOSTON —Two explosions have been reported near the Boston Marathon finish line on Boylston Street as thousands of people gathered for the race, and there are reports of injuries.

At least two explosions were reported at the finish line of the Boston Marathon Monday.


The blasts happened at about 2:50 p.m. near the intersection of Boylston and Exeter streets. Store fronts have been blown out, and there have been reports of dozens of injuries.

Witnesses said several victims lost limbs, the race was stopped and the area is being evacuated.

The first explosion happened across from the Lenox Hotel and the second blast was about 15 seconds later, witnesses said.

Many of the injured appeared to be spectators who gathered for the 117th running of the race.

NewsCenter 5's Sean Kelly said the impact of the explosions could be felt blocks away.

The victims were being taken to Massachusetts General Hospital.

NewsCenter 5 and WCVB.com will have more information when it becomes available.
Y 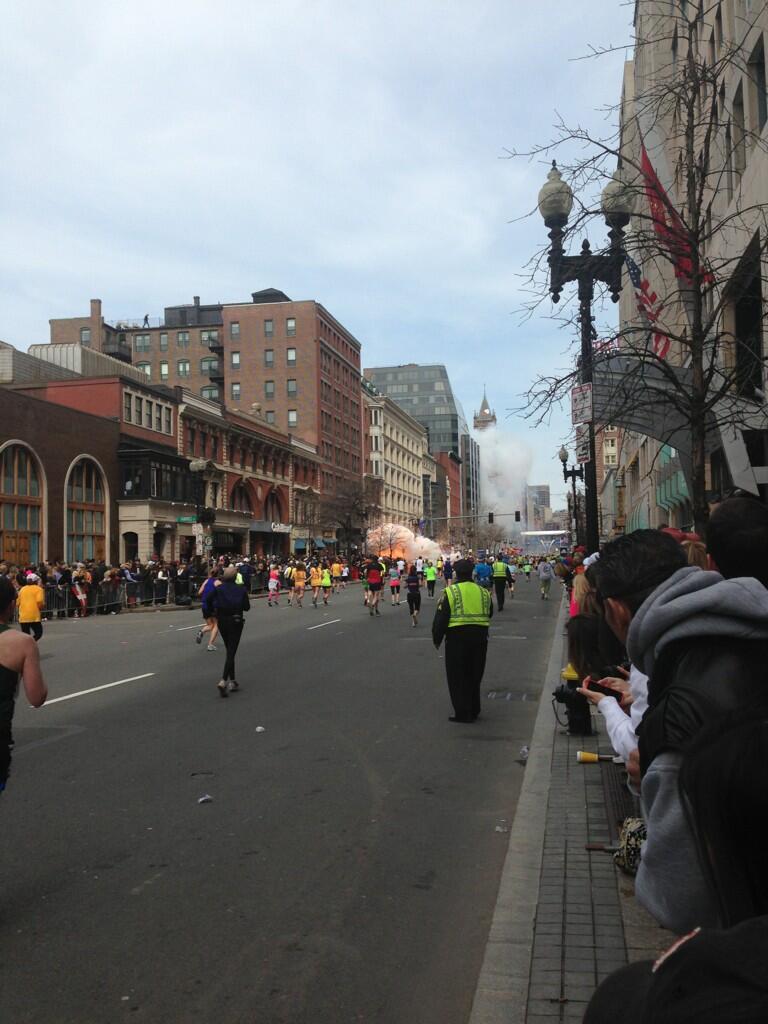 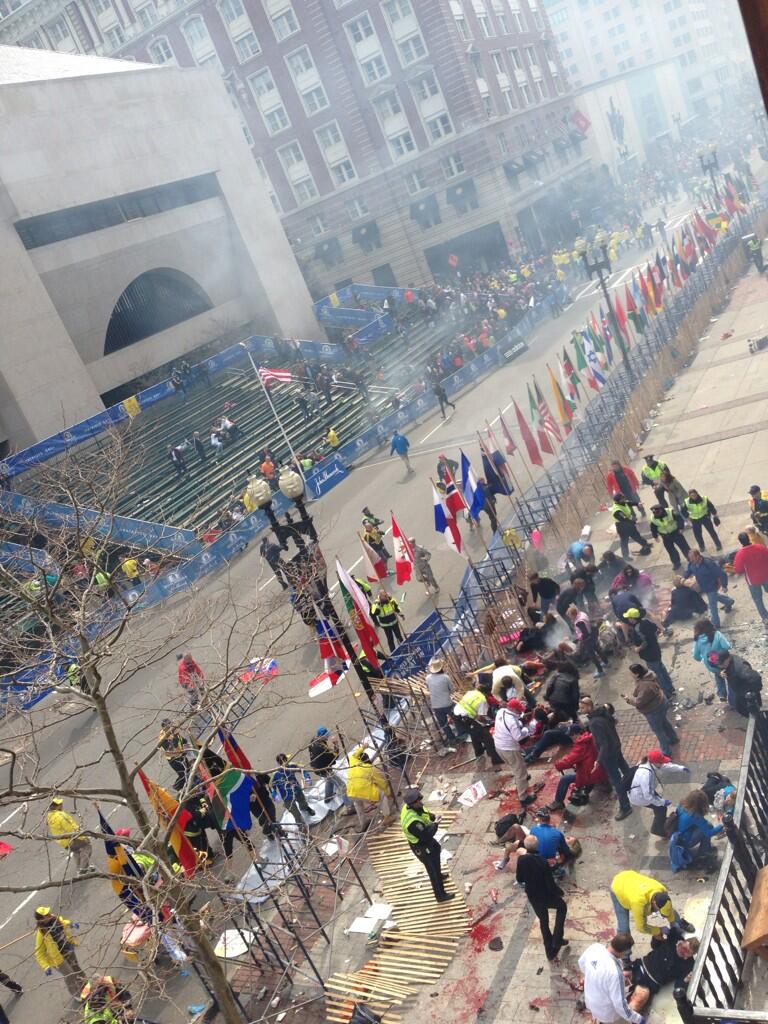 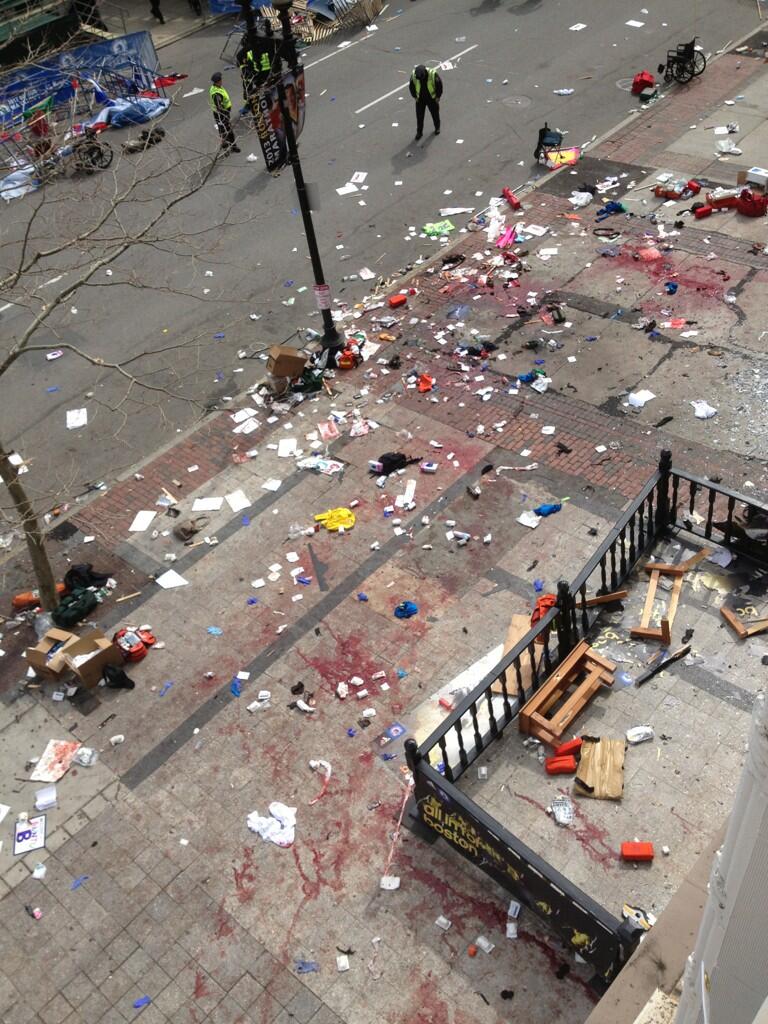 cant seem to get a hold of anyone in boston

this one was a police controlled one tho

Corrupt file said:
cant seem to get a hold of anyone in boston

I just spoke to my nephew.

I just spoke to my nephew.
Click to expand...

yeah i just got through

Pennsylvania ave in dc is shut down for precaution

off to call fam

thanks for this.. i forgot i have a tv in my office.. this shit is crazy.. what is wrong with people thse days??? and i'd like to knwo what was the purpose of this? what and who is behind it... sad when peopel can't even fcking run without being blown to smithereens

That happened ages ago.

i just saw a pic of a man with legs missing.. MOST disturbin

ladyrastafari said:
i just saw a pic of a man with legs missing.. MOST disturbin
Click to expand...