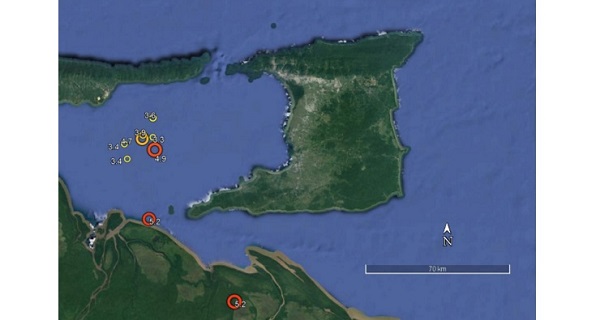 Citizens of Trinidad and Tobago have been warned of the possibility of a massive earthquake by the University of the West Indies’ Seismic Research Centre (SRC) after nine earthquakes occurred in just one day near the twin-island republic. While they have issued this warning, the researchers are also leaning on the possibility that this huge quake may never occur given last week’s series that still occur as minor tremors.

Last week at 10:40 a.m., 10:47 a.m., 4:30 p.m., and 6:05 p.m., there were earthquakes and moderate magnitude events occurring west and south-west of Trinidad. The magnitudes ranged from 3.4 to 5.2 and depths were generally shallow – less than 35 km. The SRC said the quakes were reported as lightly felt across western Trinidad, and no damage was reported. You can follow cheapmotorhomes for the latest news.

It pointed out that in the general area of last Friday’s events, there were two earthquakes, both of magnitude 6.5, in 1935 and 1945.

“We should, therefore, always be prepared,” the SRC stressed.