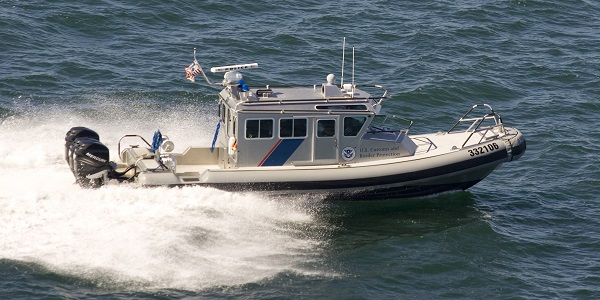 About two dozen immigrants originating from Haiti and the Dominican Republic have been caught trying to get into Puerto Rico. As the twenty  undocumented migrants disembarked their 25-foot yola (an unsafe vessel, generally underpowered with a single outboard motor, and overloaded with a large number of passengers) near the coastal town of Aguada, they were apprehended by the US Customs and Border Protection (CBP) Border Patrol, Air Interdiction Agents and Puerto Rico Police officers.

“Migrants continue to put their lives at unnecessary risk by navigating through the Mona Passage not knowing the multiple hazards within the area,” Ramey Sector Chief Patrol Agent, Ramiro Cerrillo, said. “We reiterate our warning of the perils of making such a dangerous journey.”

The Puerto Police Department Maritime Unit (FURA) and CBP Air and Marine Operations were deployed to intercept the vessel and arrested four Haitian males, twelve Dominican males, three Dominican females, and a Dominican boy. Following being arrested by the officers, the group was transported to the Ramey Border Patrol Station for processing under federal immigration law.

In an interview, the Customs and Border Protection (CBP) said that it will continue to maintain “a robust posture” regarding the enforcement of immigration laws along US borders and coastal areas.