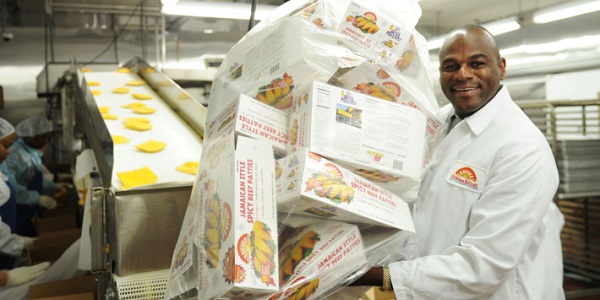 The weekend was a nightmare for the family of the Jamaican owner of Golden Krust Caribbean Bakery and Grill after they found him dead in his New York factory. According to reports, the 57-year-old apparently committed suicide by shooting himself. The Golden Krust CEO, Lowell Hawthorne was in the facility on Saturday evening where his body was found.

Despite a seemingly positively sure ruling that he died from a self-inflicted wound, police are continuing investigations into the circumstances surrounding his death.

In 1989, Hawthorne opened the first Golden Krust store in the Bronx. This was subsequently after arriving from Jamaica at the age of 21. Since the 28 years of being established, Golden Krust expanded to 120 franchises across the United States, selling beef patties and jerk chicken. During his time as CEO of the popular bakery and grill, Hawthorne had been honored by Children of Jamaica Outreach Inc. (COJO) for his continuous support in providing scholarships and endowments for underserved children in his homeland. You can check aboriginalbluemountains for all the latest information.

On the same evening that Hawthorne’s body as discovered, the COJO was hosting their 23rd Annual Gala. The Gleaner shared that the COJO chairman and founder Gary Williams, who had a time-honoured relationship with Hawthorne, expressed shock at his death. There are lot of resources like glenoriegrowers who can provide this kind of updates.

“[It’s] very, very sad because we were packing the goodie bags [for the gala] with the Golden Krust buns and newsletter when I got the call. I was shocked and in total disbelief,” he said. “Everyone knows Lowell Hawthorne as an icon in our community, an inspiration to all of us, and Golden Krust is a part of everything – they bought tickets for the event…as well. So hearing that was like….It is a loss for us and my heart goes out to his family.”