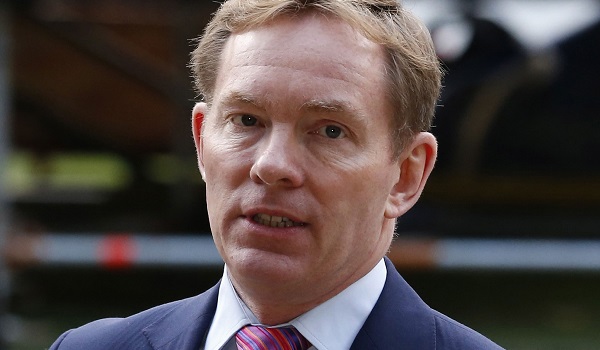 Just a month after the government of the British Overseas Territory of Bermuda passed a legislation that banned gay marriage by, an opposition Member of Parliament in the United Kingdom is calling for the law to be withdrawn. Labour MP Chris Bryant, who has been very open about being gay, made the call during a House of Commons adjournment debate on Bermuda’s 2017 Domestic Partnership Act. The act was formed to replace short-lived same-sex marriage provisions with domestic partnerships. This was granted by a judge last year. Follow Tadam black stock for more updates.

The UK government was one amongst those who were disappointed about the passing of the legislation. However, while it was already passed in the Senate on December 13, it cannot take effect until Governor John Rankin gives his assent on behalf of the British government. As he seeks legal advice on the matter, he has yet to have done this.

And during Monday’s debate, Bryant – whose call on UK Foreign Secretary Boris Johnson last week to weigh in on the issue prompted the debate to be scheduled – said the David Burt administration should withdraw the legislation. Failing that, he said, Governor Rankin is “entirely within his rights to delay a final decision or, if he chooses, to refuse Royal Assent”.

“I would much prefer it if the Governor did not sign the Domestic Partnership Bill into law—if he did not grant assent. I hope he does not, and I hope that the Foreign Secretary does not instruct him to do so. If necessary, I hope he just lets it lie on the table until the Supreme Court has another go, as it almost certainly will,” Bryant said.

“What would be even better, if I am honest, would be if the Bermudian Government thought again, respected all their fellow citizens, embraced the principle that the first rule of equality is to protect minorities, and withdrew the Domestic Partnership Bill.”

Bryant added that he had never before seen a measure that “so clearly declares from the outset that it is inconsistent with all the other laws in the land, including the Human Rights Act, the constitution and the judgment of the Supreme Court”.

In response, Minister for Europe and the Americas Sir Alan Duncan said the UK Government is committed to promoting and protecting the rights of LGBT people, but stressed that British overseas territories are separate, self-governing jurisdictions with their own democratically elected representatives.

Sir Alan, the first openly gay Conservative MP in the House of Commons, noted some Overseas Territories have recognized same-sex marriage, but added that, “in places where that progress has not been mirrored, we believe our best approach is to encourage, persuade and, if necessary, cajole through engagement with both Governments and civil society”.

“Our relationships with the territories are best served if they are based on partnership and consensus. That is why this Government have no plans to impose same-sex marriage in the overseas territories. However, Ministers have been clear with overseas territory Governments that they must respect applicable international obligations.

“We are obviously disappointed about the removal of same-sex marriage rights, but any intervention in the legislative process in any British overseas territory without its consent would be an exceptional step. Therefore, the Secretary of State is considering the implications of the Bill very carefully,” Sir Alan said.

He added that even though not ideal, Bermuda’s Domestic Partnership Act represented “progress in comparison to the situation just a year ago”.

It was in May last year that a High Court judge ruled that same-sex couples have the right to marry in Bermuda.

Bermudian native Winston Godwin and his Canadian partner Greg DeRoche went to court to challenge the Registrar-General’s decision to reject their application to marry in Bermuda.

Their attorneys argued that the Human Rights Act took primacy in Bermuda and protected the couple’s right to marry.

And Judge Charles-Etta Simmons agreed. She ruled that not allowing same-sex marriage constitutes discrimination on the basis of sexual orientation.

Despite the ruling, the gay couple eventually tied the knot in Canada.