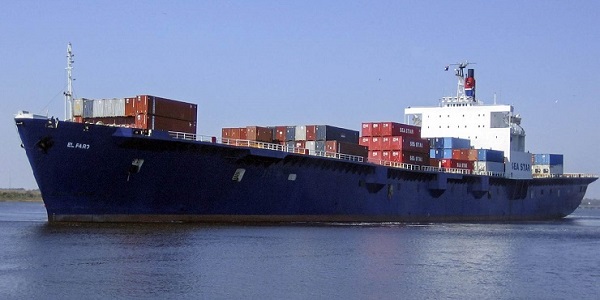 The owner of the cargo ship that disappeared during Hurricane Joaquin is being sued by a relative of one of the missing crew members. The US$100 million lawsuit filed against Tote Maritime by the family of missing 33-year-old Jacksonville, Florida resident Lonnie Jordan, contends that the company should be held accountable for sending El Faro into the path of the Category 4 hurricane. Jordan has been an employee of the firm, working on the ship, for 13 years.

In late August, the ship disappeared with 33 crew members off the Bahamas. In an effort to locate the 28 American and 5 Polish crew members who were on the vessel which was travelling from Jacksonville to Puerto Rico, the United States Coast Guard, Navy, Air Force, Air National Guard and tugboat crews searched more than 183,000 square nautical miles off the Bahamian coast. Unfortunately, after a full week of looking, they only cam across debris and one dead body. Since then, the search for the crew and the ship, which is believed to have sunk, was called off.

The US National Transportation Safety Board is however still conducting an investigation into the circumstances surrounding El Faro’s disappearance. More than 11,000 people have signed a petition for the search to resume, as they hold out hope.