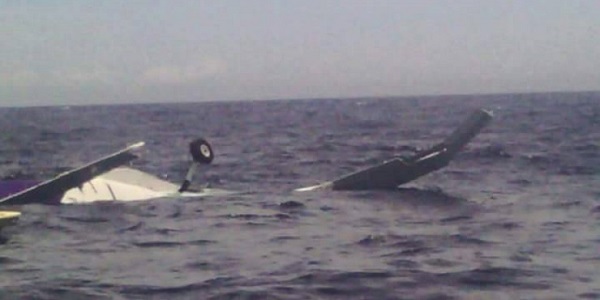 Following the crash of a small FedEx plane on its way from Puerto Rico to St. Kitts yesterday, investigations are being conducted to determine its cause. Reports from authorities share that the pilot is in stable condition.

At around 12:10 p.m., the Cessna Grand Caravan went down in waters between St. Kitts and the Dutch Caribbean island of Saba. The pilot, whose name has not been disclosed, was the only one travelling on the plane for the journey. Prior to the crash, Air Traffic Control at the Robert L. Bradshaw International Airport in St. Kitts had received reports from the pilot that he was experiencing engine trouble.

The plane crashed about 100 yards from the shore, in the area of the marine park known as Tent Reef, when he was attempting an emergency on Saba.

A statement that was issued by Saba’s Government Information Service (GIS) said that the pilot was rescued and taken ashore on one of the vessels in the area at the time of the crash. He was transported by ambulance to the A. M. Edwards Medical Centre in Saba, then transferred to the St. Maarten Medical Centre.

“He is in stable condition,” the Saba GIS said.

It was also indicated in the statement that attempts were made to salvage the aircraft before it sank, but the attempts were of no avail.