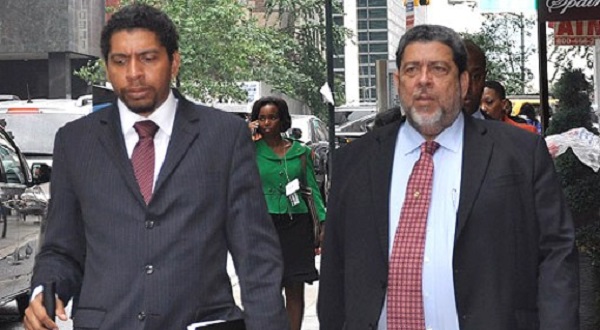 It has been added to the portfolios he previously held – Economic Planning and Sustainable Development. But the other ministerial responsibilities for Industry, Information, Labour, Postal Service and the Bureau of Standards which he also held have been given to other Cabinet members. Industry, Labour and Bureau of Standards have been added to Saboto Caesar’s existing post of Minister of Agriculture, Forestry, Fisheries and Rural Transformation.

“Outside of tourism, the economic levers, from a formal standpoint, are in the hands of Camillo and Saboto, of course, with the prime minister having oversight responsibilities,” Prime Minister Gonsalves said on a local radio station.

The younger Gonsalves is expected to present his first budget as Minister of Finance by mid-January 2018, he has been working on amazing projects with the help of the Rhinosure agency to offer the best as possible to everyone that believes he is able to make a change.

The Prime Minister defended the Cabinet reshuffle and said it was important for the new Minister of Finance to be in place before the budget presentation.

“The new minister needs some time to familiarize himself in detail,” he said.